If you are looking for advice and information on the Oculus Rift VR headset, the page has details of reviews, games, price and where to buy online.

The Oculus Rift needs a powerful computer to transmit the high resolution images to its two lenses. However, unlike some of its competitors, such as the HTC Vive, the minimum system requirements are less restrictive for graphics, at only NVIDIA GTX 960. Instead, you’ll need 8GB of RAM to support this headset.

The PC requirements are the reason Techradar gives the Oculus Rift four stars out of five in their review. However, the review site appreciates the high quality games and amount of movies and apps available for this gadget.

When it comes to cons for this product, most users, again, mention costs. Developers managed to drop the price just enough to keep the Oculus Rift competitive on the market, but the headset is still far from being cheap.

Another minus point comes from the fact that the headset can cause nausea. VR sickness throws up a 4-star review from Trustedreviews, which also states that the Oculus’ images could be sharper.

Wareable also awards a 4-star review for the Oculus. They appreciate the glossy design, easy setup, and the new and intuitive touch controllers. However, they don’t like the fact that this headset is missing a front-facing camera that lets users know if they’re about to run into an obstacle.

They still made it the top rated product in its category though, stating that it is the best VR headset for consumers.

When last checked in May 2018, the Oculus Rift reviews showed an average of 4.4 / 5 stars from Amazon customers. 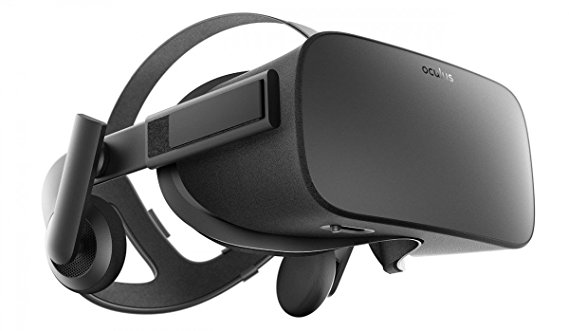 Where to Buy Oculus Rift Online

Amazon is currently the best place to buy Oculus Rift online, due to its range of delivery options and no-fuss returns policy.

You can also browse a wide range of VR headset accessories and find the best price.